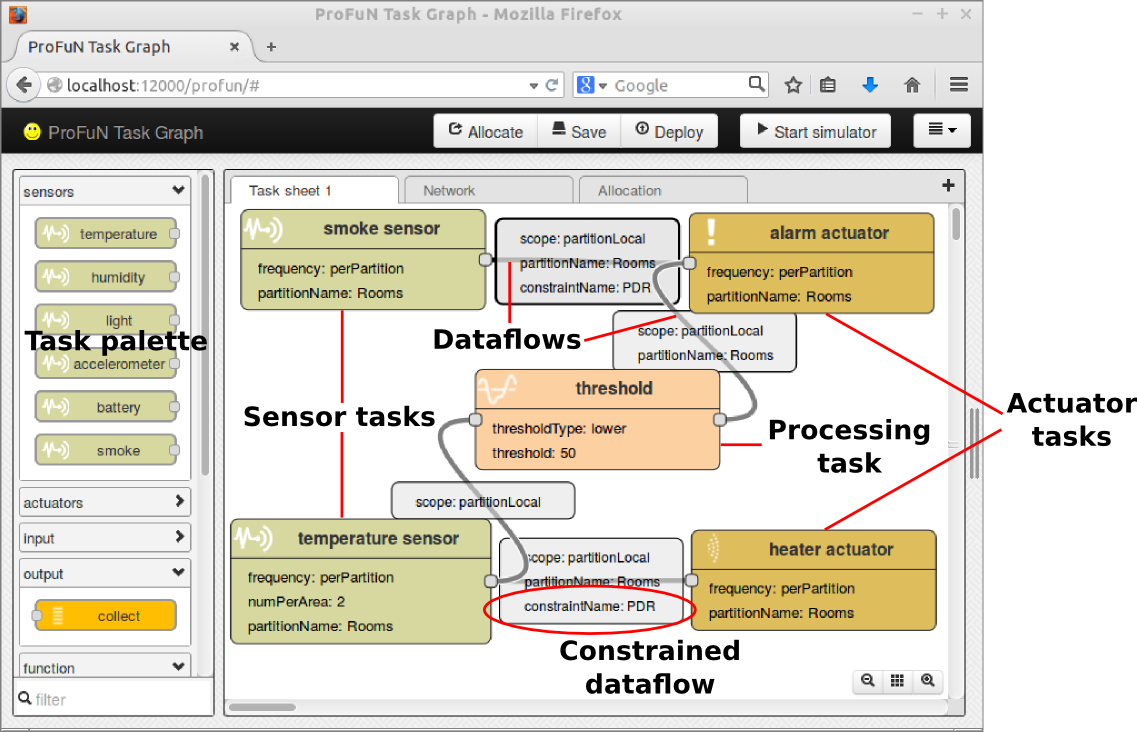 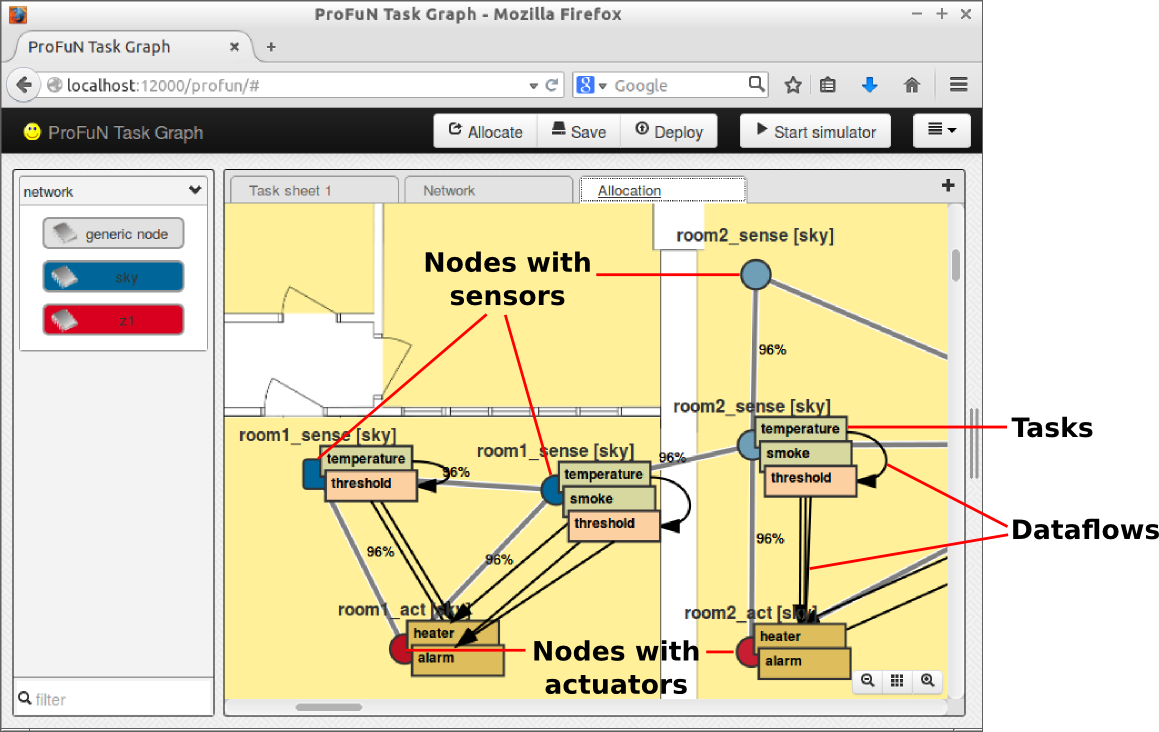 Thinking about applications as task graphs opens up a number of benefits - here are some of them.

Using a single click, map the task graph to a network in a way that optimizes energy-efficiency or another objective function.

In the example, a simple Sensor (S) -> Actuator (A) task graph is instantiated in the network in three copies.

Specify the minimal acceptable path quality between a communicating pair of source and destination tasks. Describe link-qualities either with simple number of complex probability distributions and let the the tool automatically infer the path quality.

(a) For increased reliability and coverage create multiple task copies on redundant sensor nodes. (b) For increased energy efficiency, reduce the number of copies as long as acceptable performance is achieved. (c) On node failures, the task copies are automatically moved around.